THE BRANNON FAMILY: Inventors of SoccetBall 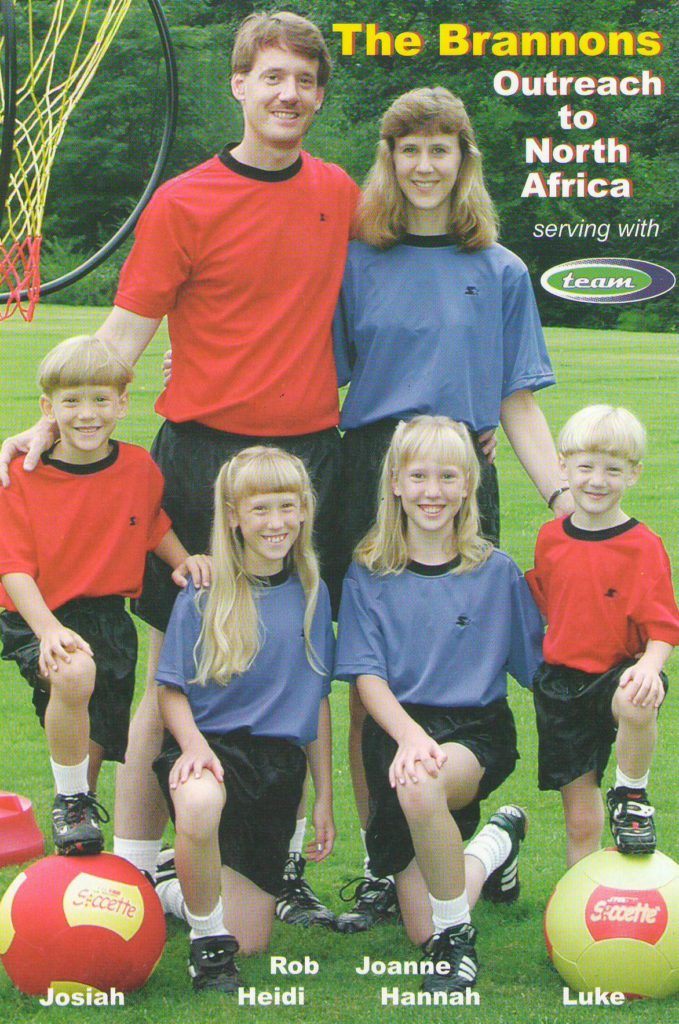 While living in Chad, Africa, Rob played a lot of basketball in the community.  Due to playing so much basketball, he suffered from severe tendonitis of his shoulders.  This provoked him to attempt to play basketball without using his hands!  As Rob played basketball without his hands using soccer skills, he had an epiphany!  Grabbing some scrap metal, cement and an old truck tire, he built a large hoop.  He then invented a game that would combine soccer and basketball into one game.  SoccetBall was designed to be played around the one large, oversized hoop that Rob placed at the center of the play area.  After drafting a set of game rules for SoccetBall, Rob then enthusiastically introduced his newly invented game to a group of young African boys who attended his weekly Bible Study.  They absolutely loved the new game!  They were completely captivated by the dynamics of the game of SoccetBall and the rest, as they say, is history!

SoccetBall – It all started in a humble village in Africa: