Lionel Messi and the entire FC Barcelona team are back on the soccer pitch after being delayed by the COVID-19 social distancing requirements in Spain. For all of you FC Barcelona Fans, you have watched all the viral videos of Messi and his boys playing SoccetBall over the past few weeks for precision soccer skills training at the Barca training facilities. We market our game of SoccetBall under the brand name of FootBasket in Europe. As the inventors of SoccetBall, we are so thrilled to watch Lionel Messi, Antoine Griezmann, Ousmane Dembele, and all the others, having so much fun playing SoccetBall during their precision skills circuit training. Check on the videos above and below to watch these FC Barcelona superstars tearing up the SoccetBall goal with their stellar sniper skills! They make it look so easy. For all of you SoccetBallers out there, you know from experience that SoccetBall is a challenge. It takes excellent ball control skills to score in SoccetBall using your head, feet, and knees. This is precisely why the coaching staff of FC Barcelona has been using SoccetBall as their “SECRET WEAPON X” for the last few years to perfect their players’ precision skills in ball control.

Check out this video below of FC Barcelona’s FootBasket (SoccetBall) Competition:

Following the Barça Legends’ debut at Camp Nou, we have a fun video aimed at showing one of the more unorthodox training activities the former players have ever taken part in — FootBasket, a game consisting of shooting the ball into the basket without using the hands. The players paired off into the following teams to see who was the master of this hybrid game: Belletti and Simao, Kluivert and Edmílson, Nadal and Ezquerro, and Carreras and Déhu. With each pair getting two chances to put the ball in the basket, who will win? Check out the video and see for yourself! 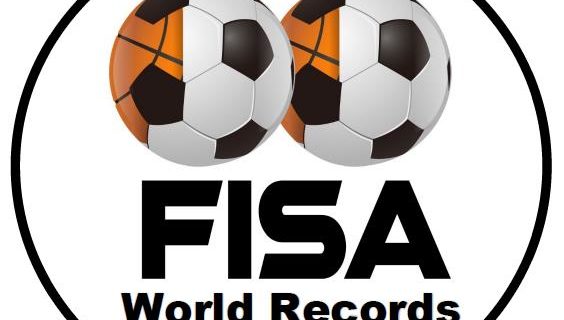 When the world is looking for greatness, it will always find it housed within the small towns of rural Utah.   A small-town Father and Son from Tropic, Utah decided to promote their two small businesses by attempting to break a Guinness World Record.  Rob Brannon and his son, Josiah Brannon (aka, “The Ripped Ranger”) leveraged their SoccetBall training skills to break an existing Guinness World Record.  Josiah smashed the Guinness World Record for the “Farthest Basketball Shot Made with the HEAD” on June 24, 2019, inside the Bryce Valley High School gym located in Tropic, Utah where Josiah played basketball in High School.  Josiah broke the world record by a whopping 14 inches using his life-long skills in SoccetBall. His new world record is: 38 feet, 3 1/2 inches – the distance from the half-court line to the basket using only his head! Josiah, who was born in Africa, and his family invented SoccetBall while living in Chad, Africa.   Rob owns “Prodigy Sports International” a sports innovation company and Josiah owns “JB Fitness” a personal fitness company. The Josiah and Rob are presenting a copy of the GUINNESS WORLD RECORD framed certificate to the student body of Bryce Valley High School, where the world record was broken, in order to challenge the student-athletes at BVHS to break another basketball World Record by this time next year!